Tutorial on geocat.ch and opendata.swiss 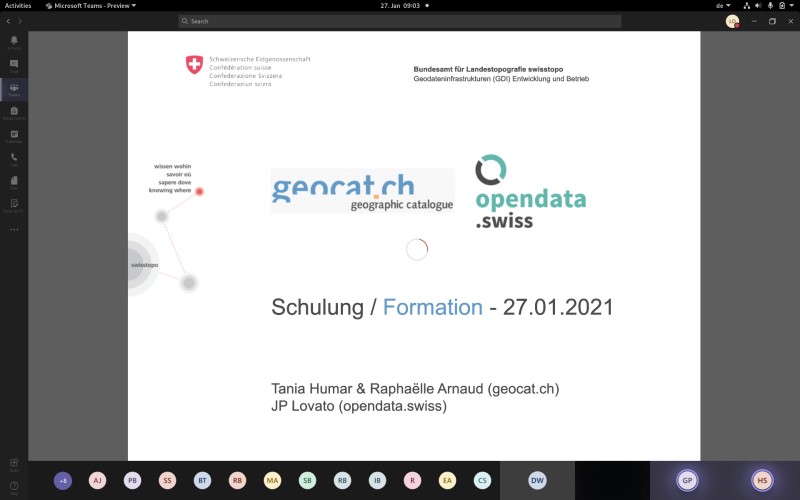 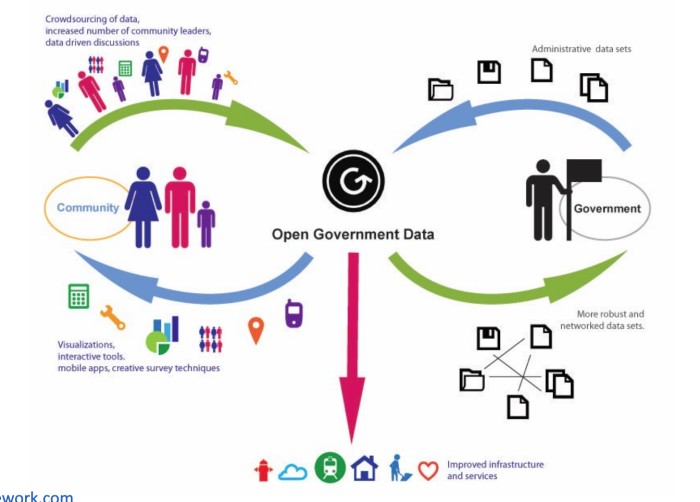 Publication is required by law, so opendata.swiss provides essential services to a range of federal organizations and regional administrations.

An important part of the strategy is development of the portal and other data infrastructure, dialog between providers and users of government data.

Open Government Data is on its way to becoming an even more fundamental part of Swiss law.

Priorities are being defined for dataset publication, including for those of Swisstopo. 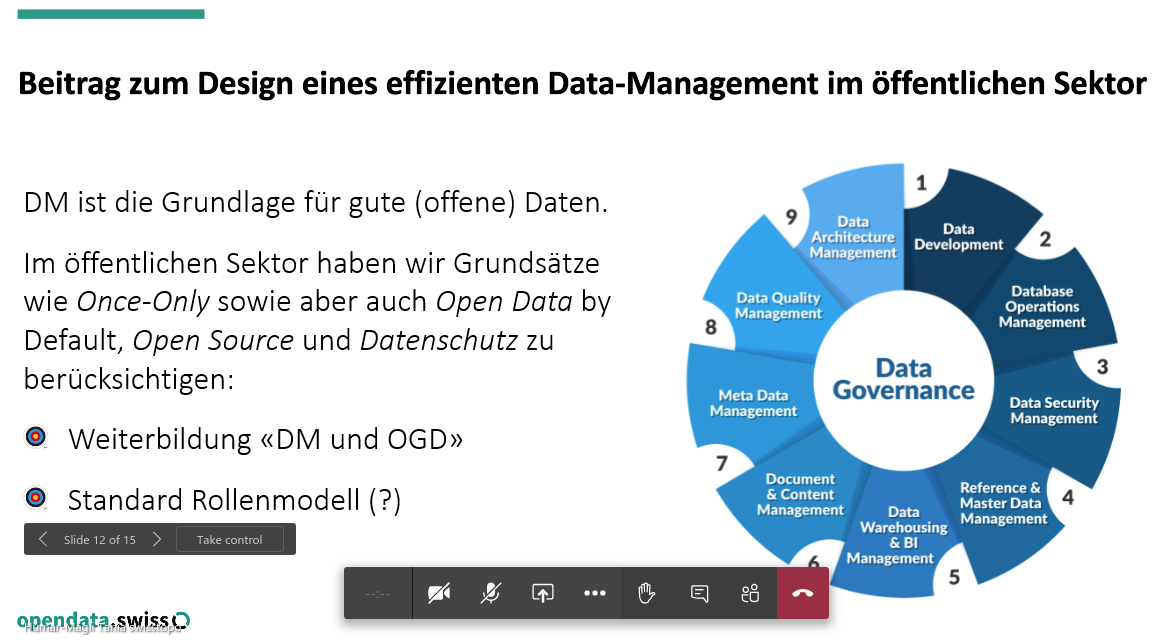 Topics like production and harmonization is where opendata.swiss aims to provide inputs. 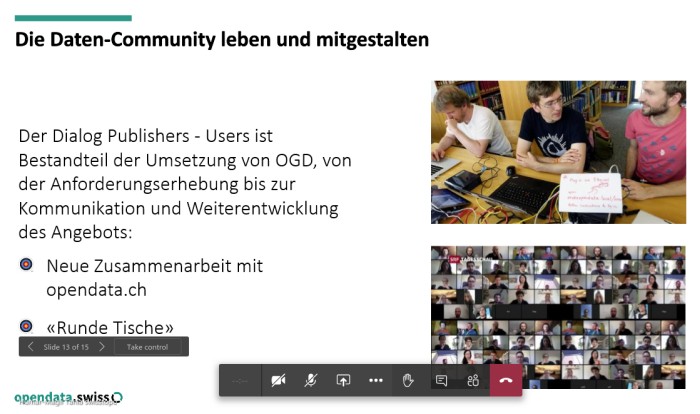 Dialog between publishers and users is an important part of the strategy, hence we provide support the community and its hackathons and other events. 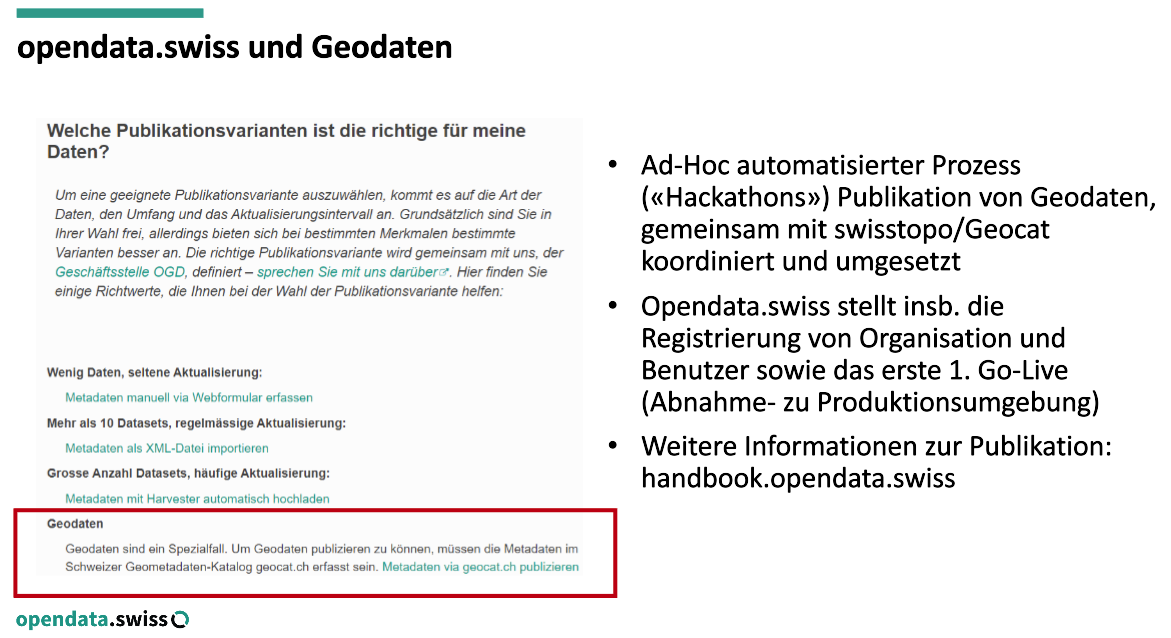 There is a lot of potential to improve the publication of geodata, in the meantime more general information can be found at https://handbook.opendata.swiss

Metadata are an essential component for establishing and operating a geodata infrastructure. For this reason we provide, in the context of the e-geo.ch-programme, a portal for the creation and search of geo-metadata. The search application – which has been online since January 2005 – now has access to several dozen decentralised servers from various geodata producers and administrators in Switzerland. In 2009 the new geocat.ch has been released.

In December a new „Strategie Geoinformation Schweiz“ went into force, with a focus on more transparent processes and algorithms. 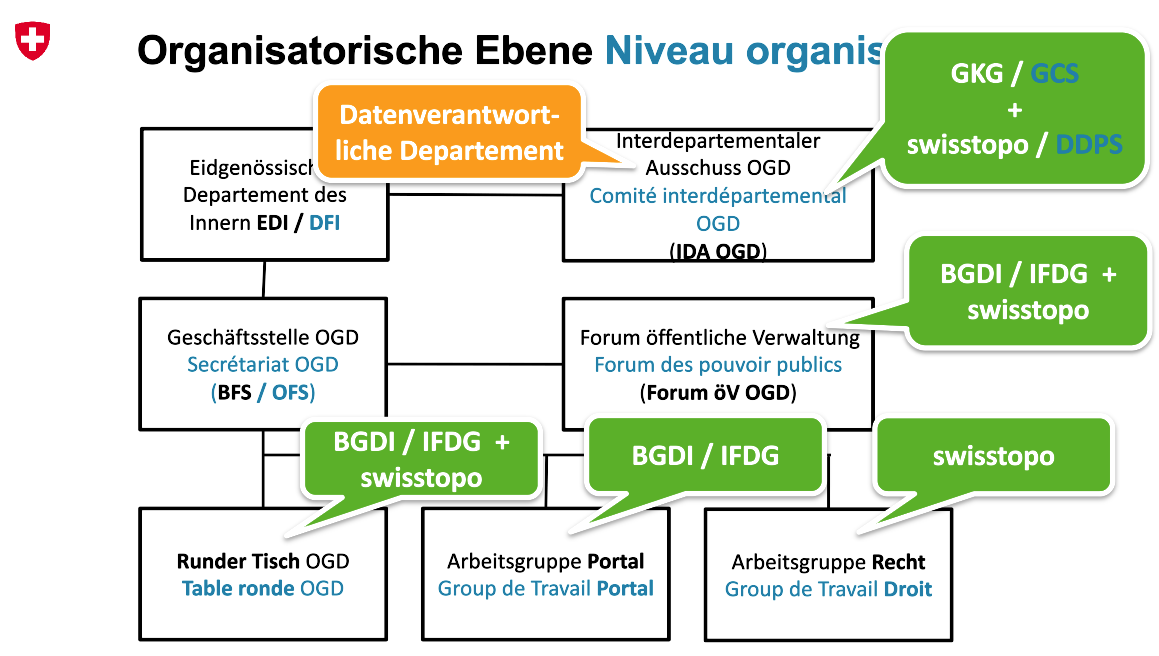 The organizational structure and roles of responsibility for data are in the process of being improved.

The federal council has mandated full OGD at Swisstopo, which is on track for March 1.

Publication of open data is obligatory for the federal administration, but we see that if there is a Gebührenverordnung or other legal process (such as national security interest) in place, it is not necessarily overruled by the Federal Council strategy.

There is a common goal to improve standardized publication of geodata, which could be furthered by coordination with users.

The geocat team is involved in developing with Swisstopo the new preview function on opendata.swiss

geocat.ch is by the way open source at GitHub - geoadmin/geocat: The geonetwork instance modified for swisstopo

If you register as a user you can participate in recommending improvements to metadata. We will hear more about this now… 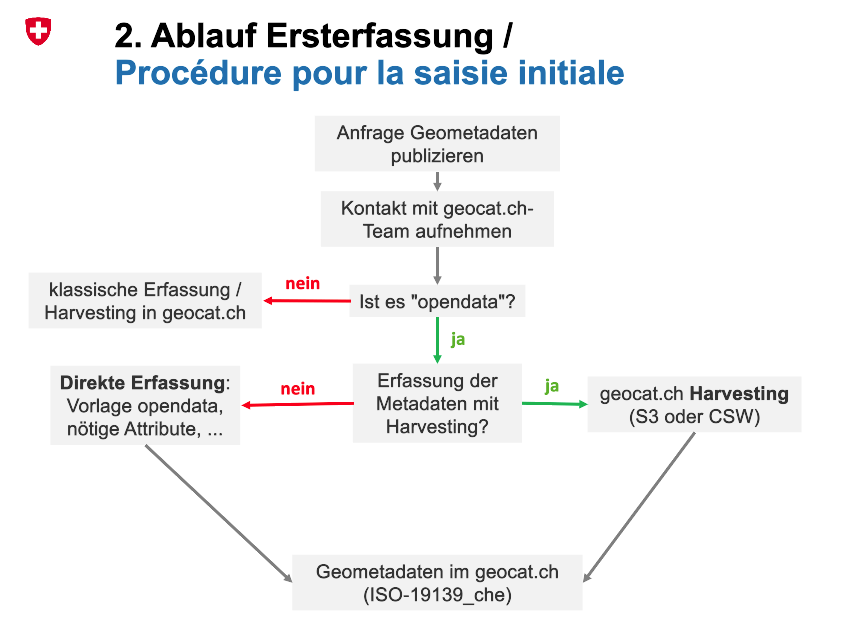 If there is interest in publication or questions about geo-metadata, get in touch with the geocat.ch team and find out if it is open data or not, and how it can be harvested. 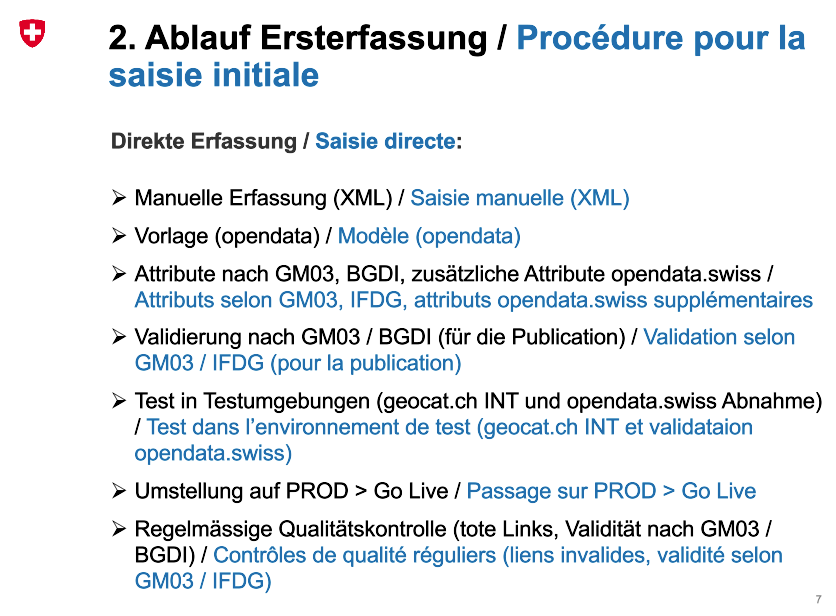 Attributes can be collected manually, using opendata templates, and attributes according to GM03, or BGDI/IFDG standards for data integration. 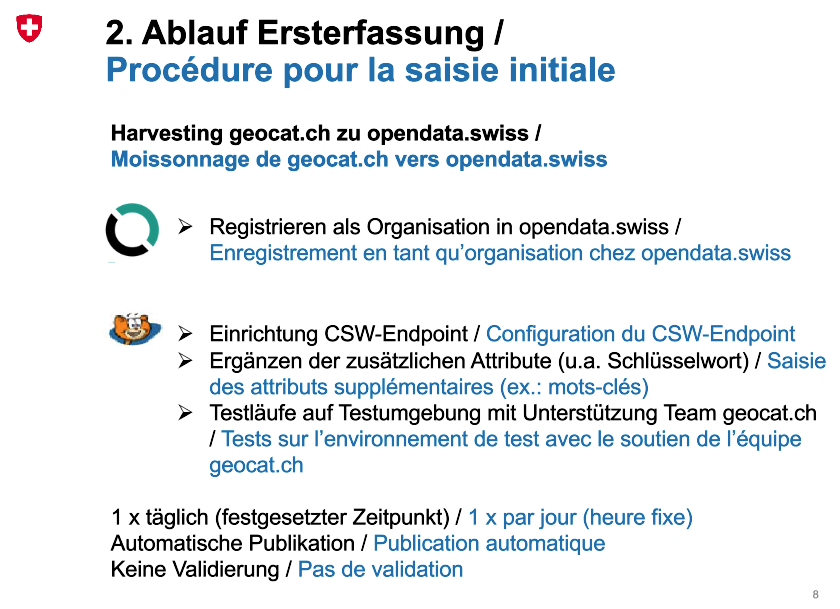 Afterwards the organization is registered in opendata.swiss and all other technical details at geocat.ch (CSW - catalogue server - Endpoint).

Data is harvested using ISO-19139_che and XPath queries for publication in opendata.swiss as DCAT-AP.

Nota Bene: the Last update date is also harvested (Revision / Last revision) from GeoCat, it is not the last harvesting date.

Titles of resources are collected in four languages, except Romansch. Though often just one language (Fr/De) is available. Correctly attributing the language of the dataset itself remains somewhat of a problem. They are asking for input and are working on this issue.

There are various changes and improvements mentioned. Work to more closely synchronize the geocat.ch and opendata.swiss development is ongoing. 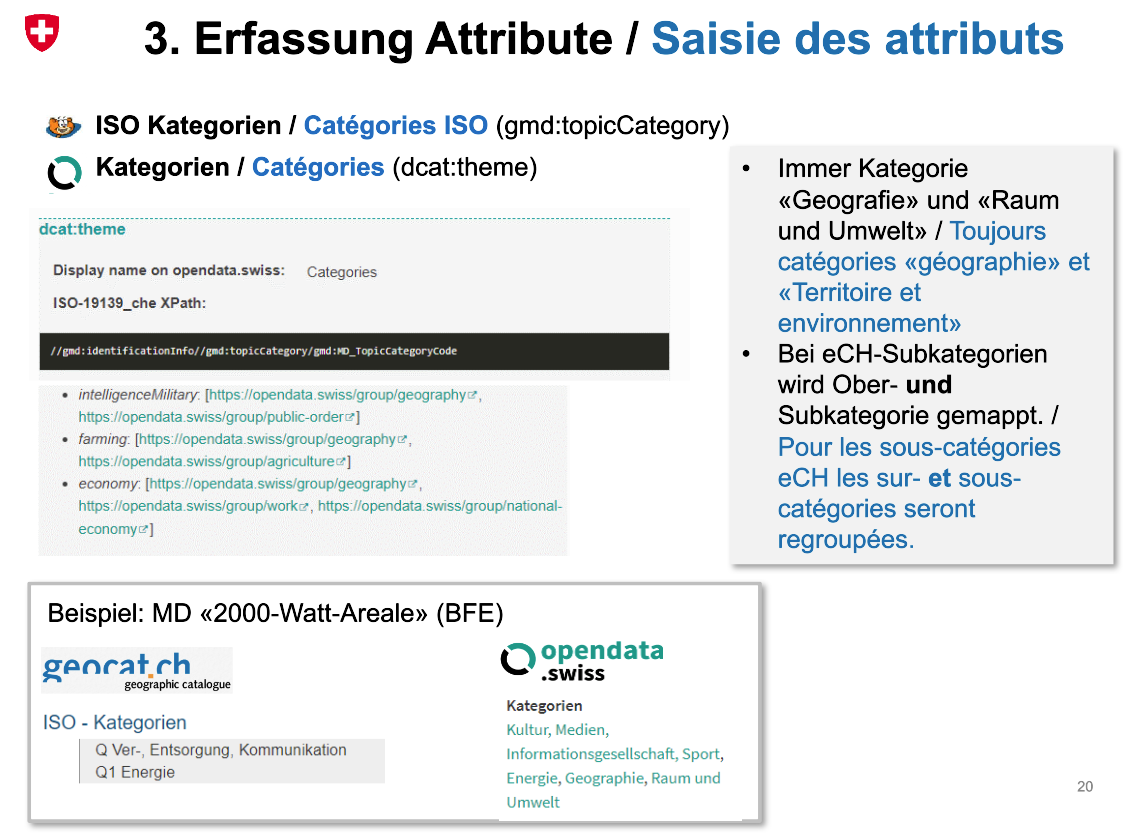 The geography category and an additional topical (sub)category are applied according to the ECH defined system on opendata.swiss

There will soon be a new resource on opendata.swiss called Preview, which will look something like this: 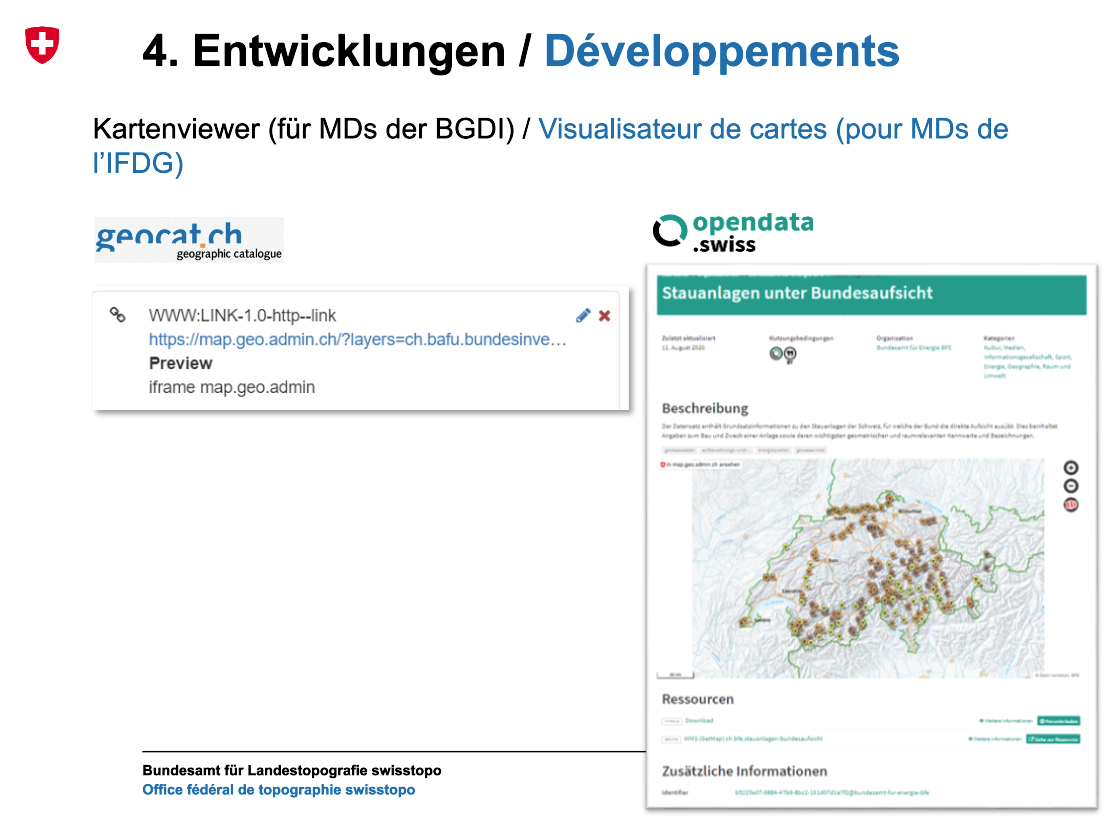 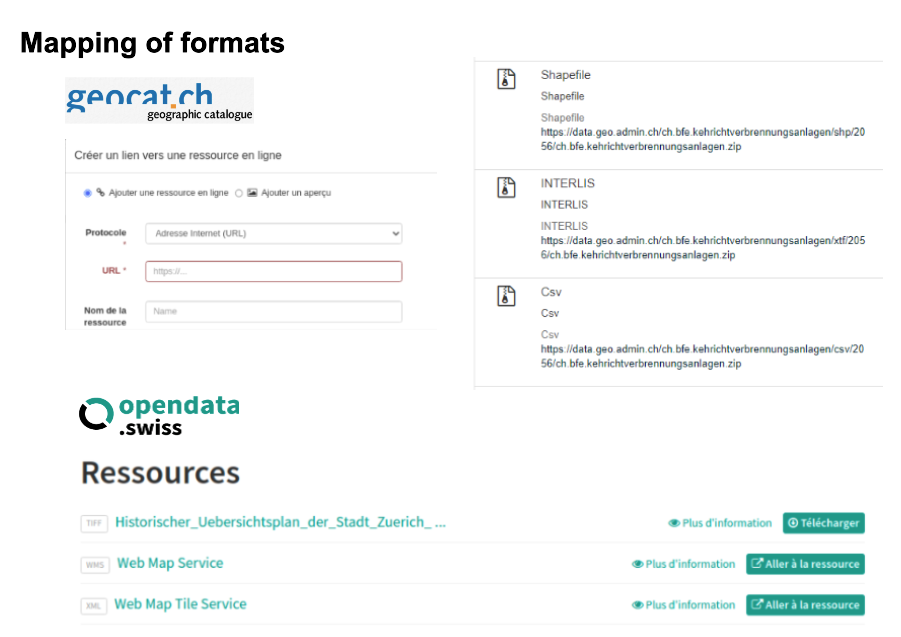 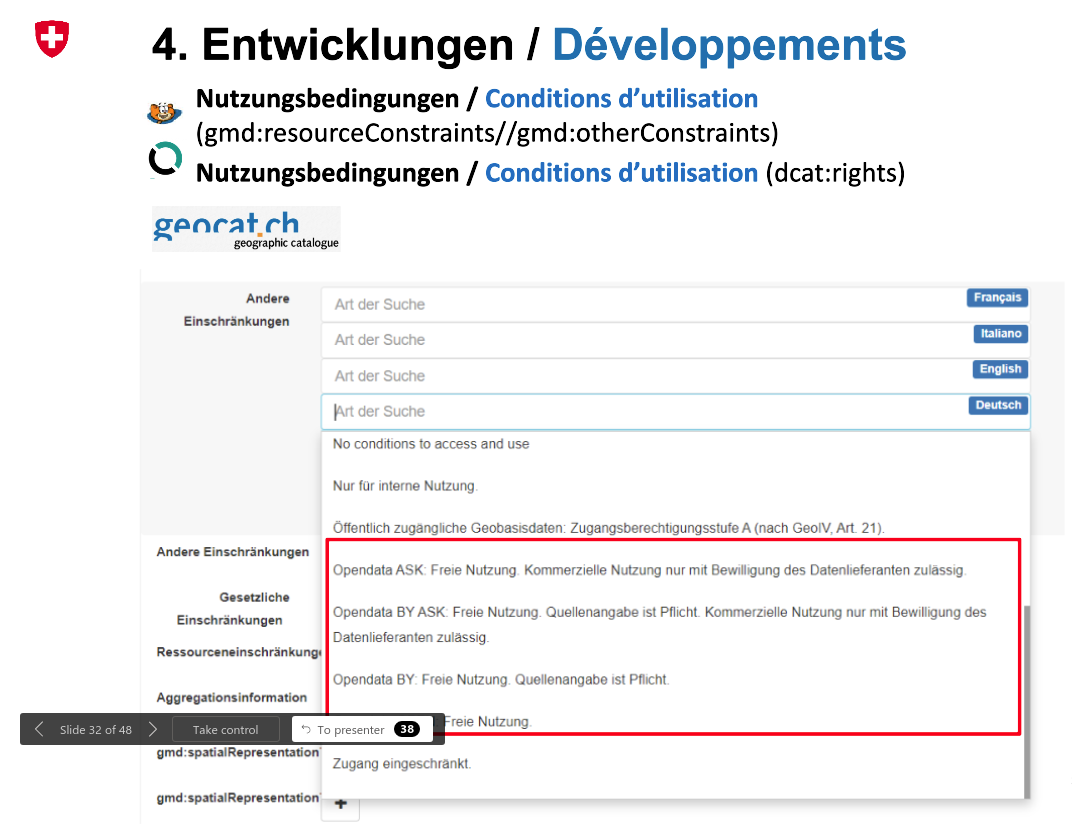 Mapping of opendata.swiss licenses to geocat.

Oleg raised a question of user community access to geocat.ch (at least for issue reporting) and access to the API, which they will respond to later.

There was a more technical question about the XSD spec used to validate the GM03_V2 profile, whether it was current and how to use it externally. This will also need follow-up with developers.